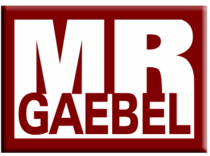 What the wealthy can fear from a new IRS rule on $600 payments By Lynnley Browning Accounting Today.

A new law that requires cash apps and online marketplaces, including Venmo and eBay, to send tax documents to millions of Americans is ensnaring a surprising demographic: the wealthy.

Under the rule, e-commerce and digital payment platforms that transfer money from a buyer of goods or services to a seller must issue the recipient a Form 1099-K if they receive $600 or more in a calendar year. The Internal Revenue Service will also get a copy of the form, which details who got paid and through which third-party service. Lawmakers severely shrank the previous reportable threshold — $20,000 earned through at least 200 transactions — last year as part of the $1.9 trillion stimulus bill known as the American Rescue Plan.

The law, which went into effect this year, is widely seen as having the greatest impact on rank-and-file entrepreneurs who use platforms like Etsy and Airbnb, freelancers, people with side hustles and gig economy workers like Uber drivers who get paid via a mobile payments app.

Notwithstanding the three-figure threshold, rich people are also impacted because they routinely use cash-transfer apps to pay hefty sums to their nannies, babysitters, gardeners, cooks, personal assistants and repairmen, wealth advisors say. Owners of summer cottages rent them out on Airbnb. These transactions are typically well over the $600 threshold, so the new forms can heighten the risk of an audit by the IRS. With the new rule, the affluent are "now on the radar,” said Ken Eyler, the CEO of Aquilance, a financial bookkeeping and bill payment firm for high net worth families.

The nation's tax collector is perennially concerned about income that goes unreported by cash-intensive businesses, like restaurants and laundromats. By one academic estimate, the shadow economy totaled around $2 trillion in 2017, or 11% of U.S. total economic output. Assuming a 25% tax rate, that represents $500 billion in lost tax revenue. The IRS, whose data lags, has pegged the tax gap, or the difference between the amount of taxes owed and those paid, at $458 billion a year. At the same time, money is becoming more digital and harder to track: Some 96 million mobile phone owners aged at least 18, or 40%, used mobile payments apps in 2019, according to the St. Louis branch of the Federal Reserve Bank.

About that latte I paid you back for The new law has prompted criticism from industry groups that the forms won’t distinguish between taxable income — say, payment received for a wedding photography session — and nontaxable transfers of money, such as someone reimbursing friends through PayPal for throwing a baby shower or a grandmother sending her grandchild $1,500 as a college graduation gift. As such, taxpayers and the IRS may receive erroneous forms.

“The law is clear that money received as a gift or reimbursement of a share of a meal should not be reported on a 1099-K,” said the Taxpayer Advocate Service in a March 8 blog post. “But mistakes may happen.”

The rule also complicates the math a taxpayer may have to do when reselling an item. Selling an expensive Restoration Hardware sofa or used organic chemistry textbooks on Facebook Marketplace for less than you paid means that you have a loss. You can’t claim a deduction for selling personal property at a loss. But if the IRS considers your eBay sales a business, you can use its losses to offset, or reduce, other business income. Meanwhile, if you bought a vintage brass table in 1985 for $50 and sold it this year on eBay for $1,200, you must report the $1,150 profit on your federal return as an investment sale

Not all money is taxable Under the new rule, "the government only sees the movement of money,” said Eyler. “People in the transaction have to prove it was not taxable” through records and receipts. “If you have no records, it’s going to be imputed to be income.”

Apps like PayPal and Venmo ask senders whether they’re sending money for “goods and services” or to “friends and family.” Both apps say that the tax forms go out only for payments received through goods and services transactions, and not for paying friends back for stuff like a shared vacation. One issue that the reporting rule didn’t catch under the higher threshold and won’t snag under the lower one: landlords who use the friends and family channel to collect rent from tenants, potentially to avoid declaring rental income to the IRS.

Online platforms have started warning sellers of the rule. Facebook says it will issue the tax forms to “eligible” people by Jan. 31 of the following year. “The payment processor will typically mail you a paper copy of your Form 1099-K,” the tech company says, adding that the form won't be available to download.

PayPal says that “you may notice that in the coming months we will ask you for your tax information, like a Social Security number or tax ID, if you haven’t provided it to us already, in order to continue using your account."

Transactions made through Craigslist don’t trigger the form because the online platform is an advertising service and doesn’t process payments between buyers and sellers. Zelle, which also doesn’t process or collect payments but instead simply transfers money between bank accounts, says that the onus is on the taxpayer to figure out if the transactions are reportable to the IRS.

The nanny state Say you hire a nanny and pay them $1,000 a week through Venmo. Under IRS rules, the nanny is a domestic employee, and the payer is supposed to pay domestic payroll taxes.

“I can tell you a lot of people are not doing that,” Eyler said.

The payor might try to get around the new reporting requirement by paying the nanny through a friends and family channel, but that doesn’t carry the same buyer and seller protections as the goods and services channel.

What if the nanny reports the income?

“Now there’s a reported trail back to that family,” Eyler said, adding that the IRS “looks for hot-button things, and employee issues are a hot-button thing.” Some affluent taxpayers would likely switch to paying their help in cash to avoid taxes, he said.

Steve Wittenberg, the director of legacy wealth planning at SEI Private Wealth Management, said that wealthy families “tend to have more home technicians or independent contractors who aren’t considered employees working for them.”

Families previously may have paid in cash and avoided issuing a related Form called 1099-MISC for payments to independent contractors who aren’t employees, he said. Now, he added, “these wealthy families will now have an increased obligation to report these transactions” on the new 1099-K form. The document is issued by credit card companies, banks and third-party processors when transactions are made.

The new rule, Wittenberg said, “will create administrative burdens”. It will also, he added, “increase audit risk to both payers and receivers.”